Menu
PrevPrevious post220,000 Pounds
Next postIt All Starts with a CrackNext 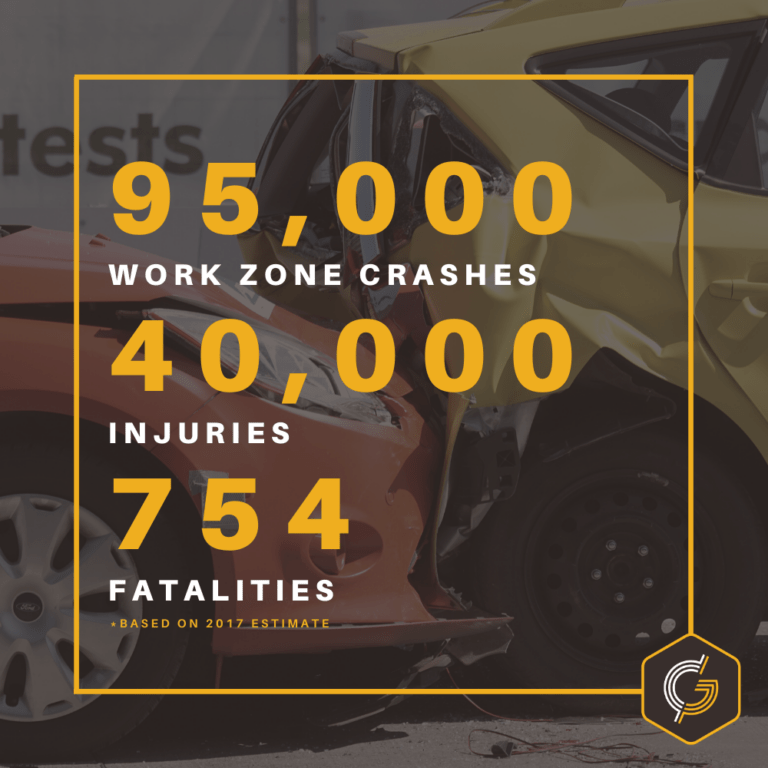 Work zone crashes are on the rise in the US.
Since 2013, there has been a 30% increase in work zone related fatalities.

Based on an estimate released by the National Automotive Sampling General Estimates System, around 95,000 work zone crashes occurred in 2017 alone.

Every time a road has to be repaired, the chance for accidents increases exponentially, putting both the workers and the public at risk.

It’s #NationalSafetyMonth and Pacific Geosource is dedicated to constructing stronger, longer-lasting pavements that not only save owners money in the long run, but also prevent potentially dangerous road conditions from being under constant repair.